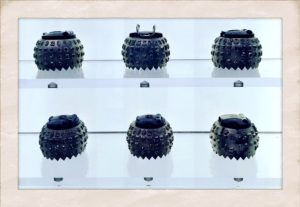 Native Advertising examines the emerging practices and norms around native advertising in US and European news organizations. Over the past five years, native advertising has rapidly become a significant revenue stream for both digital news “upstarts” and legacy newspapers and magazines.

This book helps scholars and students of journalism and advertising to understand the news industry’s investment in native advertising, and consider the effects this investment might have on how news is produced, consumed, and understood. It is argued that although they have deep roots in earlier forms of advertising, native ads with a political or advocacy bent have the potential to shift the relationship between news outlets and audiences in new ways, particularly in an era when trust in the media has reached a historic low point. Beyond this, such advertisements have the potential to shift how media systems function in relation to state power, by changing the relationship between commercial and non-commercial speech.

Drawing on real-world examples of native ads and including an in-depth case study contributed by Ava Sirrah, Native Advertising provides an important assessment of the potential consequences of native advertising becoming an even more prominent fixture in the 21st-century news feed.

More Than A Medium: This SSHRC-funded project (2011-2013) took as a starting point the contention that the physical structure of the Internet, and the legal, political and technical questions attendant on this infrastructure, have been of too little interest to journalism scholars. Thus, I wish to determine how aspects of Internet infrastructure, policy, and governance — including filtering, search, throttling, content inspection, vertical integration of broadband providers, global internet governance concerns, the increasing integration of cloud computing, privacy concerns and archivability — will affect online journalism. In the spring of 2014, a research workshop was convened at Concordia to discuss the relationship between Internet infrastructure and policy and online journalism, bringing together journalism scholars and Internet policy researchers.

Wikileaks And The Media: Since 2008, I have been researching the ways in which the website Wikileaks has been using new media technologies to fulfill their stated goals of transforming investigative journalism. From 2008-2016, I wrote a series of articles and book chapters about document-leaking site Wikileaks and the circulation of document disclosures in the global media system, especially outside of the West.  A 2010 article published in Journalism Practice about Wikileaks’ early interactions with the press became a top download for that journal; more recent publications on Wikileaks have included a commissioned piece on Wikileaks and journalism studies for Digital Journalism; an article on the circulation of Wikileaks cables pertaining to in the Democratic Republic of Congo in Radical History Review; an article on Wikileaks’ 2009 release of 9/11 pager messages in Global Media Journal; an article on Wikileaks’ unorthodox Twitter practices forthcoming in the International Journal of Communication; a book chapter on how Wikileaks’ Cablegate disclosures circulated among secondary media partners in the 2013 Palgrave collection Beyond Wikileaks, and a chapter on Wikileaks and citizen journalism in the forthcoming Peter Lang collection Citizen Journalism II.

I have been interviewed about Wikileaks by local and international media outlets and have presented work at venues ranging from McGill to the IAMCR in Istanbul. I have also produced a working draft of an annotated bibliography of Wikileaks-related media coverage and commentary.  In January of 2015 I appeared on the tech-and-policy radio show Hearsay Culture to discuss leaking platforms.

The Oldest Game: (with Sandra Gabriele) This project centers on developing a playable ‘newsgame,’ a form of computer game intended to convey deeper contextual information about a story currently attracting media interest.  The game, which focuses on the legalization of prostitution in Canada, has been written about in The Globe And Mail, The Winnipeg Free Press, CG Magazine, and Kill Screen.

Born-Digital Media Archiving: Assessment and Proposal: (2010-2014) This Grand/NCE funded project is intended to consider the way forward for born-digital news media archiving in Canada, with the intent of producing a whitepaper on the media archiving in the public and private sector. Research results from this project were recently published in the proceedings of the International Society of Online Journalism, and the resulting work won the research award during that organization’s 2014 meeting.

Concordia Digital Newsroom Project: (2010-2014) A study of the effects of the online transitions in Quebec newsrooms, first funded through a Concordia University seed grant, and then through research funding from GRAND-NCE. I managed a team of graduate assistants who conducted interviews, surveys and other fieldwork to map perceptions of digital newswork at La Presse and The Montreal Gazette. We also produced the Digital Newswork Bibliography, an attempt to map out recent scholarship about the transition from print to digital media in newsrooms in Canada and elsewhere.

The Guantanamobile Project: (2004-2006) a multimedia documentary project about the U.S. detention of prisoners at Guantanamo.

‘We’re Going To Crack The World Open’: Wikileaks and the future of investigative reporting,” Journalism Studies, July 2010. This paper considers the current and future role played by the document-leaking site Wikileaks in the process of investigative journalism, by analyzing the way in which Wikileaks has articulated its own relationship with the press and then detailing how reporters have actually discovered and used the site. My research shows that Wikileaks is used both as a regular destination and as a onetime source for leaked material; additionally, it is increasingly used as a repository for leaked documents that are removed from print and online media outlets through legal action. I argue Wikileaks represents perhaps the most extreme of a number of new Web-based interventions into the troubled climate for investigative reporting, and might usefully be seen less as an ‘‘outlier’’than as on the far end of continuum

“The Guantanamobile Project.” Interactive web-based documentation of the detention situation in Guantanamo Bay, Cuba. Vectors: Journal of Culture and Technology In A Dynamic Vernacular, September 2005.